ALERT: Due to the inclement weather across much of the country, Medtronic deliveries are currently experiencing delays and there will be longer than normal hold times on the phone. Visit www.Diabetes.shop if you need to place an order, get a sensor or belt clip replacement, or check the status of your supply order. X
Home  »  Health and Wellness   »   5 Stages of Diabetes Acceptance 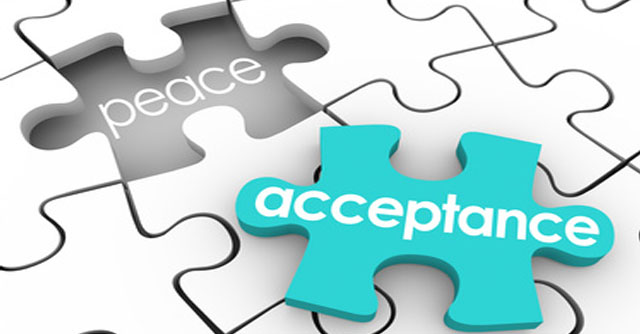 TuDiabetes blogger, Rick Phillips, has lived with type 1 diabetes for more than 40 years, and grew up with a mother and aunt with type 1 diabetes. In this time, he’s come to understand that diabetes is as much an emotional journey as a physical one. The emotional journey is often a twisted road with many detours. Rick believes it is one all people with diabetes must undertake in order to maximize life with diabetes.

It is generally agreed that there are five stages of grief. Readers might ask how being diagnosed with diabetes equates to grief. Grief occurs anytime we experience loss. Diabetes fits that description very well, because when diagnosed, one often feels a loss of independence or the opportunity to live life on one’s own terms. I know, of course, this is not the case, but for a newly diagnosed person with diabetes, they are often overwhelmed with thoughts of all they have lost. Those feelings of loss often initiate the process of grieving, either for the person with diabetes, the family, or both.

The first stage of grief that most experience is denial.

One simply decides to live as if we are not a person with diabetes. We do not care what happens to us or how to move past the initial shock of the situation. In order to get past this step, one must first take responsibility for their condition. I believe it is important to encourage as much responsibility for the management of diabetes as soon as possible. Of course there are appropriate boundaries, but the sooner a person takes responsibility the better chance of not becoming stuck in this dangerous stage.

The second stage of grief is anger.

One may feel their potential has been tampered with, additional restrictions have been imposed, and life has been altered. This is a difficult stage to move beyond. Often when stuck in denial, it is because we do not yet want to face the potential consequences of our disease. However, knowledge of complications alone will not help many people move forward. In my case, I often try to find others to help so that I may look outside of myself.

The third stage of grief is bargaining.

People with diabetes are often excellent bargainers. When I was diagnosed, I learned how to bargain with my doctors, parents, and school officials about diabetes. These, of course, are one sided bargains. No matter if we strike a deal to avoid a test, or fake out our spouse or parent, we bear the ultimate burden.

Perhaps the worst bargain I ever made was to delay getting my first Medtronic insulin pump. At the time, I had been living with diabetes for over 26 years, and my wife had been asking me why I did not try a pump. My response always included an excuse. I told her I wanted to put it off, and would often explain to her why it would not work for me. Then I met a small group of students who attended a high school where I was an administrator. Of the seven people with diabetes in the room, I was the only one without a pump. I left the meeting and called my doctor’s office. I told the nurse I had decided to get a pump and two weeks later, I had my first Medtronic pump. I have never looked back and have often wondered what took me so long to make that decision. Getting the insulin pump has been the best decision about my diabetes care I have ever made.

The fourth step of grief is depression.

I know I usually become depressed when my bargains fail. When my doctor calls my bluff or my wife asks I test my blood sugar, and it was low, while I am contending I am fine. I am depressed when my best laid plans to avoid diabetes are not enough. This can lead to outbursts or sometimes withdrawal. However, a seasoned person with diabetes learns to adjust when they find themselves in this state of grief.

Finally, we are told that following depression we find acceptance.

Even 40 years after my diagnosis, I still must replay many of these steps. There is no diabetes nirvana. It is a process, one I have to relive most days as I move forward and back along the continuum of emotions. The key for all of us is not getting stuck. We must realize that acceptance of diabetes is a complex and ever evolving process. I have not concluded my journey of accepting diabetes, I doubt I ever will. But I have evolved a great deal, just as all people with diabetes inevitability must do. It is this constant evolution though the stages of grief that helps me to be ready for the next challenge right around the corner, whatever that might be.

Rick has been married to his wife, Sheryl, for 37 years. They have two sons, ages 32

and 35, who he loves more than life itself, and are blessed with two wonderful daughter-in-laws, and three brilliant grandchildren, ages 3, 4, and 6. Sheryl and Rick met during senior of high school, following the summer of his diagnosis. He asked her out three times, and she said no three times. Then, one year after high school graduation, Sheryl called Rick, letting him know she was available.

Rick’s mom was diagnosed with type 1 diabetes in 1963, and his aunt in 1947. His mother was a control subject for a 1969-1970 insulin pump study at Indiana University. His first glimpse of an insulin pump was on a cart in this hospital. The technology made them wonder in amazement, and still does.