ALERT: Due to the inclement weather across much of the country, Medtronic deliveries are currently experiencing delays and there will be longer than normal hold times on the phone. Visit www.Diabetes.Shop if you need to place an order, get a sensor or belt clip replacement, or check the status of your supply order. X
Home  »  Lifestyle   »   Studying Abroad with Type 1 Diabetes 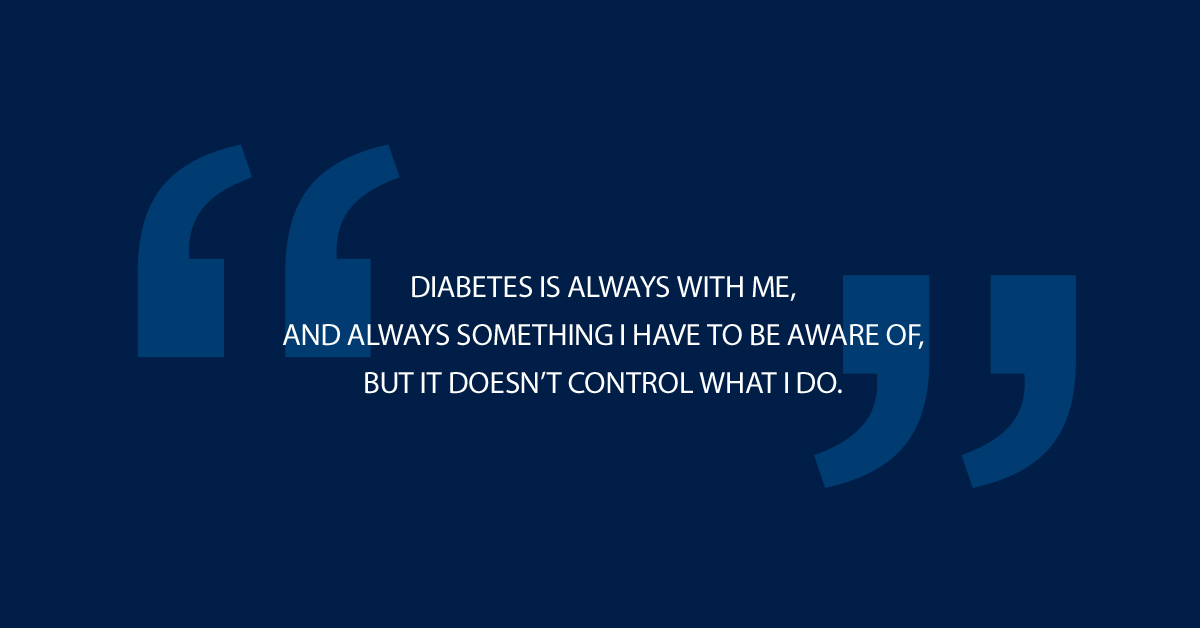 Today, I’d like to introduce you to MiniMed Ambassador, Lorna Meinke. Lorna’s adventurous lifestyle intrigued us, especially when we heard that she’s studied aboard twice! Living with diabetes in a city and country that isn’t home can sometimes be challenging so we wanted to get Lorna’s perspective on how she prepared and what life was like when living aboard.

I have always been a very adventurous person. As a kid I was running around my neighborhood with anyone I could find trying new activities, and I feel more at home when I’m not home. So when I was given the opportunity to travel to Europe I jumped on it! My first opportunity to live abroad was to live in Spain with family friends during the summer of 2013. My second opportunity was to study abroad in Chile during the fall of 2015. Both times, I had to make sure I was set in regard to my diabetes. I let my insurance company know my plans, as well as Medtronic. I brought all supplies necessary and Medtronic sent me a “back-up” pump to bring with me in case anything happened while I was so far from home. I also took a few insulin pens just in case anything happened to any of my supplies. In my opinion, one can never be too safe. I never ran into any problems going through the airport with any of my medications, though I carried my prescriptions with me just in case. ALL of my supplies were on my carry-on.

At home, diabetes has never been something that defined me or held me back in any way, so I normally don’t bring up the fact that I have type 1 unless it’s natural in conversation or necessary for the situation. Even studying abroad, I only told people I have diabetes as it seemed necessary. I told my roommates and friends, and the more I saw someone the more likely I was to tell them about what was going on. Diabetes has never been anything that I’m ashamed or embarrassed of, so I’ve never had a problem talking about it.

I never saw a physician while abroad. I made an appointment with my endocrinologist 2 weeks before leaving for both trips. I explained what the diet would be like in Chile and Spain, and what my daily activities would look like. From there we decided on a basal that we thought would work best for me. I had to do a lot of tweaking while away, and had my mom call my doctor to update her whenever I made any changes. I’ve always been pretty independent, but because there was some barrier with communication while living with people who ONLY speak Spanish and were busy with school, I was very cautious with any changes I made. This was harder to do in Spain with the time difference; getting used to how my hormones were changing took some work but with continual testing of my blood sugar, everything was handled smoothly. Anything too drastic could have negative consequences, of course. I made sure to keep my diabetes alert bracelet on at all times no matter what, and while in Chile, a girl from my American University knew how to test my blood sugar, give me a glucagon shot if necessary, and communicate the important information (we both spoke Spanish very well). We were together at almost all times except while sleeping, so I knew I could trust her with my medications if necessary. In Spain, my host family knew all about my diabetes as well. In both countries, the most drastic problem I had was high blood sugar or maybe a site getting pulled out accidentally. Letting everyone know the important information right away gave everyone peace of mind though, especially my mom back home.

As for food, both countries had a lot of different combinations. There were foods I would never be able to find here in the U.S. and I also ate at different times than I was used to due to culture differences. The hardest part was changing my basal rates to accommodate this. I expected Chile to have a lot of spices, something I’m not used to eating (I promised myself I’d try all foods at least once while abroad) but the diet was very plain. The fruit and vegetable selection was out of this world – so fresh and juicy. I was very familiar with everything, and had a great time tasting new flavors and foods! The only big difference was how they made food and the different combinations they made. Part of me wants to go back just to get more avocados for so cheap…!

My whole life, I’ve never let diabetes hold me back. From sports in high school, to traveling the world, I think of diabetes as more of something I keep in my pocket. It’s always with me, and always something I have to be aware of, but it doesn’t control what I do. It’s a part of my life that accompanies me around. Having encouraging parents, family and friends has helped with that mentality. Yes, diabetes is sometimes inconvenient, but at the end of the day, diabetes has taught me so much about myself and how to be responsible (with more than just diabetes) and encourages me to keep going all the places around the world that I fall in love with each time.