ALERT: Due to the inclement weather across much of the country, Medtronic deliveries are currently experiencing delays and there will be longer than normal hold times on the phone. Visit www.Diabetes.Shop if you need to place an order, get a sensor or belt clip replacement, or check the status of your supply order. X
Home  »  Health and Wellness   »   The Scary Experience Of Diabetic Ketoacidosis 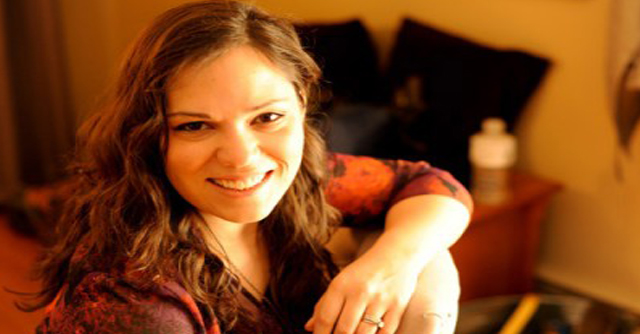 Today, we’re excited to share with you another guest blog from Katie Janowiak, who works for the Medtronic Foundation, our company’s philanthropic arm. When she first told me her story about food poisoning and Diabetic Ketoacidosis (DKA), I knew others could benefit from hearing it as well. Thanks Katie for your openness and allowing us to share your scary story so that the LOOP community can learn from it.

Throughout this past year, I’ve had the honor of sharing with you, the amazing LOOP community, my personal journey and the often humorous sequence of events that is my life with T1. Humor is, after all, the best (and cheapest) therapy. Allow me to pause today to share with you the down and dirty of what it feels like to have something that is not the slightest bit humorous: diabetic ketoacidosis.You are hot. You are freezing. You are confused. You are blacked out but coherent. You go to talk but words fail you. Time flies and goes in slow motion simultaneously. You will likely smell and look like death. In my instance, this was brought on by the combination of excessive vomiting and dehydration caused by food poisoning and the diabetic ketoacidosis that followed after my body had gone through so much.

In hindsight, I was lucky, my husband knew that I had food poisoning because I began vomiting after our meal. But I had never prepped him on diabetic ketoacidosis and the symptoms (because DKA was for those other diabetics.) Upon finding me in our living room with a bowl of blood and bile by my side (no, I am not exaggerating), he got me into the car and took me to emergency care. It was 5:30 p.m. – and I thought it was 11:00 a.m.

The series of events that led up to my stay in the ICU began innocently enough. It was a warm summer night and my husband and I walked up to a local restaurant. Prior to the walk, I tested at 132. Before eating, I was sitting at a pretty 101. I ordered a turkey burger without the bun with a side of veggies and a baked potato and bolused accordingly.

Later that evening, the revenge of food poisoning ensued. Testing my blood revealed a 500+ reading. While out of the ordinary, it certainly has happened to me before – I changed my infusion set, and opened a new bottle of insulin just to cover my bases. I corrective bolused the crap out of my 500+ reading and even did an additional manual injection. Tired, and at this point with a terrible stomachache, I attempted to down some water and find a comfy place to lay down. Feeling terrible, and expending all of my energy and focus on controlling my vomiting, it didn’t dawn on me the havoc my dangerously elevated sugars and dehydration from vomiting were ravaging on my body.

You see, in this moment, and in the 14 hours that followed, I did the one thing I never (ever) thought I, of all people, would do: I stopped thinking about my diabetes. I work for Medtronic, for crying out loud, and I forgot about my diabetes!?

I knew somewhere in my consciousness that I should be checking for ketones, but I kept telling myself “next time I get up to the bathroom, I will”…and making mental reminders to yourself when you are as sick as I was is all but a lost cause. My blood sugar often goes high when sick, and as I’d never (in my 15 years of being diabetic) ever faced so much as trace amounts of ketones, the concept that my blood was effectively poisoning me was foreign.

The series of events that follow, I recall like an out of body experience. Clutching a stainless steel mixing bowl, with a wet towel wrapped around my neck and an oversized t-shirt, I collapsed to the floor in the ER. Thankfully, I vomited shortly after entering, which prompted the care team to triage me in advance of the full waiting room. Triage led to taking some blood work…and taking some blood work led to an influx of frazzled nurses and frantic doctors surrounding me.

I recall hearing my husband being told that I could be in the hospital for months. I remember being told the drug they were administering was reserved typically for cardiac arrest patients. I remember someone gasping and saying my blood had the acidity of a battery. I remember the nurse telling my husband to go to the chapel. I remember the doctor saying, had we waited 30 minutes more, I would be in a coma. I remember waking up in the ICU with a doctor telling me I was lucky to be alive. I remember my amazing endocrinologist coming to visit me. More than a year later, these moments still bring tears to my eyes to think about, and I suspect they will for years to come.

Until I was admitted into the ICU, I was unaware that I was going through life-threatening DKA. To be completely honest, DKA wasn’t even on my radar as something that could happen to me. At that time, had I been the reader of this blog, I would likely be scoffing and judging the writer. I would assure myself this isn’t relevant to me. He/She must not control their diabetes well. You’d have to be stupid to not see those warning signs. My husband/parent/fill in the blank would know what to do. I was wrong. I made a mistake.

While I could not have prevented contracting food poisoning, I could have prevented the near-death experience that followed, had I done the diabetic stop-drop-roll (test for ketones – call your doctor – seek help), or had I prepared my husband to do the same. Yes, DKA can be avoided. Yes, symptoms of DKA can be masked by the illness that is causing it (in my case, food poisoning.) And, perhaps most importantly, YES – We are only human in the end. We will make mistakes. Even those who feel fully prepared to handle such an incident should review with their loved ones the proper steps to take. I share with you humbly in hopes that someone, somewhere is able to relate and perhaps spare themselves or a loved one from a similar experience.

IMPORTANT SAFETY INFORMATION
– Medtronic Diabetes insulin infusion pumps, continuous glucose monitoring systems and associated components are limited to sale by or on the order of a physician and should only be used under the direction of a healthcare professional familiar with the risks associated with the use of these systems.
– Successful operation of the insulin infusion pumps and/or continuous glucose monitoring systems requires adequate vision and hearing to recognize alerts and alarms.

Medtronic Diabetes Insulin Infusion Pumps
– Insulin pump therapy is not recommended for individuals who are unable or unwilling to perform a minimum of four blood glucose tests per day.
– Insulin pumps use rapid-acting insulin. If your insulin delivery is interrupted for any reason, you must be prepared to replace the missed insulin immediately.