ALERT: Due to the inclement weather across much of the country, Medtronic deliveries are currently experiencing delays and there will be longer than normal hold times on the phone. Visit www.Diabetes.Shop if you need to place an order, get a sensor or belt clip replacement, or check the status of your supply order. X
Home  »  Education and Information   »   Behind The Photo: Jason Johnson 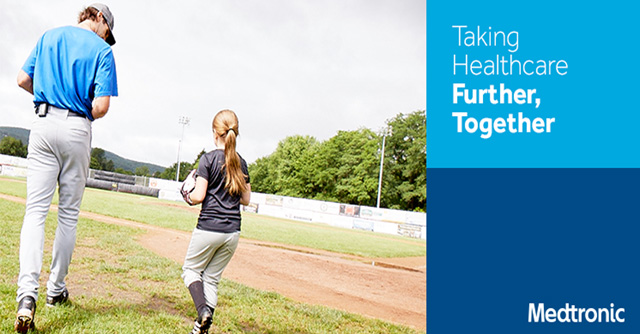 You probably see a lot of photos from Medtronic, showing people with big smiles doing interesting activities, often with an insulin pump visible on their waist. Did you ever wonder if they were real people with diabetes? Or did you assume they were models? The truth is, most are REAL MiniMed pumpers who volunteered to share their story and let us and our photographer spend some time with them during their daily activities (or something that looks a lot like it). And, just like you, they each have their own interesting story. Today, we’d like for you to meet Jason Johnson. Jason is a former Major League Baseball player who started using the insulin pump while he was a pitcher in the Big Leagues.

Jason was diagnosed with type 1 diabetes when he was 11 years old. He says his most memorable diabetes moment was “the year I got my first MiniMed insulin pump I had one of the best years of my career and was given the Tony Conigliaro Award which is given to Major League baseball players who have overcome adversity through spirit, determination, and courage. My adversity was living with diabetes but to be honest it was a blessing to be a Major League baseball player with diabetes because it gave me a platform to talk to kids with diabetes and help them in any way I could.”

These days Jason lives in Florida with his wife and daughter and is a pitching coach to children. He likes to connect with others and especially help those with diabetes who have questions about activity with an insulin pump. Jason is also a MiniMed Ambassador. If you’d like to learn more about him or connect with him, please visit his profile here.

Check out these images that were used from Jason’s photo shoot: