COVID-19 update: At this time there are no interruptions in our ability to manufacture and supply product. Our clinical team has instituted virtual video trainings for new pump and CGM customers to ensure continuity of service. Please click here for more information. X
Home  »  Education and Information   »   Insulin Pump Therapy: I Wish I Knew Then What I Know Now 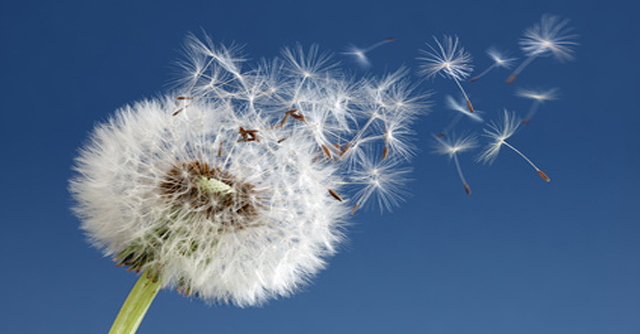 My first son was diagnosed fifteen years ago at eight months old. Back then, we used a flurry of different insulins, trying to find the best regimen for him. There was Regular, intermediate acting, NPH and finally the introduction of some new rapid-acting insulin’s.

Although long acting insulin is not supposed to peak, the ones available back then did in our tiny eight month old. I checked his blood sugars multiple times a night out of necessity.

Every day was a marathon. We jumped through hoops to make our daily routine match the demands the insulin had on our son.

I believe my son was two or three when our Endocrinologist asked if we’d be willing to take part in a trial. My son had the opportunity to be one of the first toddlers on an insulin pump; our doctor thought it would be a great fit for us.

The second thing I said was, “He’s doing really well on his current regimen. Don’t fix what isn’t broken.”

The third thing I said was, “Machines break. I want personal control of the insulin that goes in his body.”

But inside, I felt the most sadness from the words I could not say. Inside, I was lamenting, “I don’t want a reminder that he has diabetes clipped to his waist. I want diabetes to stay invisible.”

My son didn’t begin pumping until five years after his diagnosis, and only then because his current numbers were all over the place, and we were at our wits end. I was terrified to begin pumping; I cried big crocodile tears quietly in bed every night. When the box containing the new pump came in the mail, the instruction manuals and new verbiage were so completely overwhelming. I believe I would have stopped the entire process after we got that first box from Medtronic if my husband hadn’t lovingly encouraged me. “Let’s try it for a month or two. If we hate it, we can always stop.”

Man. I wish I knew then what I know now.

I wish I knew beforehand how the pump would completely change our lives.

I wish I knew that even though it all seemed overwhelming, before long we would become pumping experts. Like riding a bike, it would take practice and trial and error to find our balance.

I wish I knew the flexibility would be life altering. He could eat when he wanted. Miracle! No more scheduling meals around peaks in insulin.

I wish I knew that I would have control over every hour of every day at my fingertips. When he was going low at 1am, we simply had to push a few buttons to deliver less insulin a couple hours before the fall. Problem solved.

I wish I knew how less traumatic the pump would be for him. I was so worried about having a pump present it didn’t even occur to me what a blessing it would be to have one shot every three days in comparison to the six a day he was getting from syringes.

I wish I knew how empowering the pump would be for him. He became quite self-sufficient early on. He could push a few buttons when he ate or when his blood sugar was high. He didn’t need me running to school to give him insulin when there was a surprise birthday treat for another student.

I wish I knew that sick days wouldn’t be such a panic anymore. Setting temporary basal rates was a brilliant solution to Ketones. No more emergency rooms for simple illnesses such as ear infections. We saved him so much trauma being able to handle sick days at home.

Most of all though, I wish I knew what an impact the pump would have on his A1C. His overall health was eons better because of the blue pump hanging from his hip.

When my other two boys were diagnosed with type 1 diabetes, they were put on insulin pumps immediately. I had no problem having my two-year-old toddle around with his Medtronic pump dragging behind him on the floor. I knew that the benefits outweighed the drawbacks.

And those drawbacks that I spouted off to the doctor years ago?

I just wish I knew then that he wouldn’t have been a lab rat, but rather a trailblazer. That yes, he was doing well on his regimen, but he could have been doing better. That yes, pumps do break sometimes, but Medtronic has overnight shipping. And most of all, I wish I would have known my boys wouldn’t have a problem with having a pump attached to them, in fact, they would be proud to have such an amazing gadget to show their friends.

Are pumps for everyone? Maybe not. But they are for our family.

Looking back years ago, I know why I was scared. It’s a daunting task taking our first steps into the unknown. But once we begin a new path it stands to reason that the unfamiliar will soon become the familiar.

And really, progress can only happen by bravely moving forward, even if it is one tentative step at a time.

Meri Schuhmacher is mom to four boys, three who have Type 1 Diabetes. She is an active advocate within the Diabetes Online Community and authors the blog ourdiabeticlife.com. Muddling her way through with humor and hope, she wishes every family to know they are not alone. Meri and her husband Ryan are raising their family in Northern California.