ALERT: Due to the inclement weather across much of the country, Medtronic deliveries are currently experiencing delays and there will be longer than normal hold times on the phone. Visit www.Diabetes.shop if you need to place an order, get a sensor or belt clip replacement, or check the status of your supply order. X
Notice to US users: CareLink™ servers maintenance is scheduled for Saturday, February 4th from 8am -2pm US CT.
CareLink™ Personal and CareLink™ System websites, and other associated services (mobile app and care partner connectivity) will be unavailable during this time. We apologize for any inconvenience.
Notice to US users: CareLink™ system unavailable for server maintenance - Feb 4, 8am-2pm US CT
Home  »  Education and Information   »   Dealing With Diabetes Stigma With Type 2 Diabetes 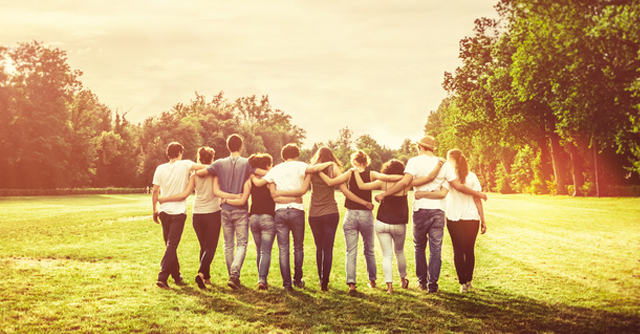 I have first-hand experiences of what it takes to live with type 1 diabetes. I often have to remind myself that I can only speak for type 1 because that’s my story and there isn’t just “one type.” Like many of you, I know people with LADA, gestational diabetes, and type 2 diabetes. And while we have some foundational similarities that give us a very special bond, I understand that their journey is different from mine. I believe that once we understand those differences, we can be a more unified community that can be welcoming and supportive of all people with diabetes. This article “Dealing with Diabetes Stigma” by Lindsey Wahowiak is a powerful story of a few people living with type 2 diabetes and how they have experienced diabetes stigma. Can you empathize or relate?

Sue Rericha was still reeling from her type 2 diabetes diagnosis when she told her friend about it in 2008. Her friend’s response? “Oh, it runs in our family too, but we’re watching our weight so we won’t get it.” Rericha, whose body mass index is in the normal range, was bewildered: Did her friend just call her fat? And if so, did her friend believe her diagnosis was her fault?

Welcome to one of the less-discussed complications of diabetes—the blame game. Even though more than 29 million Americans have diabetes, misconceptions surround the disease, making life harder for those who live with it. If you’ve heard anything about diabetes, you’ve also probably heard some stereotypes about the disease and the people who have it: That people with diabetes have brought the disease onto themselves by eating too much sugar or being overweight. That they’re a burden on the health care system. That they can cure themselves by drinking okra water or eating cinnamon. The media certainly doesn’t help: Television news stories about diabetes often don’t differentiate between type 1 or type 2, insinuating that all diabetes could be prevented or delayed with a healthy diet or exercise. They are sometimes illustrated with images of overweight people with their heads cut out of the frame.

People with diabetes are often tasked not just with the burden of managing their diabetes but also educating the people around them about the condition. That can take an emotional toll. So can the sense of shame that comes from others’ misconceptions, or a person’s own feelings of guilt.

Rericha, 45, of Macomb, Illinois, says she’s tired of hearing people suggest that people with diabetes could reverse the disease “if they would just get off the couch.” An elementary school teacher, Rericha manages her diabetes with diet and exercise. But no matter how hard she works out, she knows she’ll always have diabetes, and it isn’t only because of her weight, though excess weight can be a risk factor for type 2 diabetes. Type 2 runs in her family—a major risk factor for developing the disease. And Rericha had gestational diabetes, or diabetes during pregnancy, five times. Having it even once is a major risk factor for developing type 2 diabetes later in life, according to the American Diabetes Association.

Amy Walters, PhD, a licensed psychologist and director of behavioral health for St. Luke’s Humphreys Diabetes Center in Boise, Idaho, says at least half of her patients with diabetes tell her that they feel shamed about having the condition. Those feelings can be triggered by external and internal sources. And such feelings can do great harm, mentally and physically. “There’s definitely a connection between thoughts and feelings … [and people’s] ability to take care of their disease,” she says.

To move beyond blame, people with diabetes of all kinds can work together to make life less stressful for themselves. Walters says education is the first step: Teaching yourself about diabetes using reputable sources, including your diabetes care team, will arm you with the knowledge you need to achieve great diabetes care.