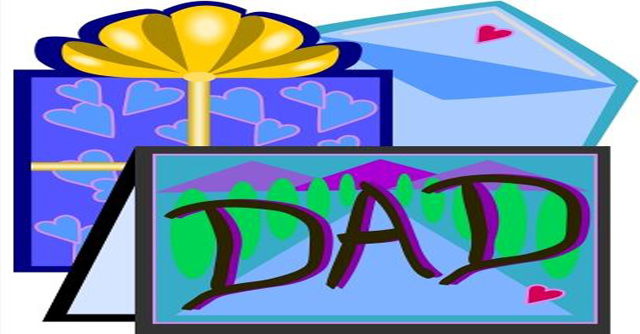 In honor of Father’s Day this upcoming Sunday, we want to take the opportunity to thank all you Dads, step-dads, granddads and honorary dads for all you do! To celebrate this special day with our community, we decided to share a few of the wonderful stories submitted by our customers to our News to Infuse newsletter last year. Please take a moment to read these sentimental stories, and then share your own tribute to your dad in the comments below.

“My dad was a role model to me in many ways, but most of all because he taught me to never give up and that I could do whatever I put my mind to. After the death of my mother, my dad was left to raise 3 young girls all by himself. He taught us how to be strong, loyal, and independent individuals and to always work hard and do our best. He has impacted my life so profoundly because he has made me realize that with a vision and a little perseverance, you can certainly make any of your dreams within reach. My dad gave me a solid place from which to grow, and a foundation that never failed. If he had not been the father he was, I would not be the daughter I am or the woman I’ve become today. Because of my dad, I know myself and I am not afraid to follow my dreams. My dad earned his wings on March 9th, 2012. The end came too quickly, and not without a huge impact on everyone’s life that he has touched. He was loved by so many because of his kind, gentle spirit. This Father’s Day will be especially difficult because I will be celebrating Father’s Day without his physical presence. I will still celebrate, however, because he was a man that should always be commemorated.” – Michelle Barath

“I was always a small skinny child, however at 8 years old I became even more skinny. As a child I didn’t eat much, never was hungry and never wanted food. My family was on the low side of income. There was myself and three brothers. My dad worked 2 and 3 jobs at a time. At age 8 I became very ill, our small town doctor said I had the flu and sent me home where I began to get sicker. As busy as my parents were they could see I was getting worse. I soon quit eating altogether and only wanted to drink water, I couldn’t get enough. My dad, trying to get me to eat anything brought home my favorite treat and was a rare treat for a struggling family of 6, butterscotch pudding in a little plastic cup. I remember him sitting on my bed begging me to eat something, anything. Even at 8 years old I could see the worry in his eyes. I tried to eat it. I could not even swollow it. The very next morning my parents could not wake me up and to the local ER I went. My blood sugar was over 1000. In an instant they knew what it was. Type 1 diabetes. Much to my thankfulness I recovered and started a road of 4 shots a day U-80 insulin. In all of this and to this day 43 years later I remember my dad buying a treat, trying to get me to eat, trying to save my life, not knowing that the sugar filled pudding was the last thing I needed. In my mind he was trying the best he could at the time and over the years no matter his income I always had my medications and everything I needed. Thank you Dad.” Donna Martinez – Father passed away on Thanksgiving Day 2010

“My father, Joe Cronyn, was born February 3, 1924. He developed type 1 diabetes in 1953 and lived during the early era of minimal insulin treatment, starvation dieting, and inadequate testing. He defined his life by seeking out proper care, medical opinions, and acting on those things to give himself, and his family, as normal a life as possible. He exercised every morning, ate balanced meals throughout the day, tested urine and then blood to monitor his glucose values. His life epitomized how to take care of one’s diabetes. My Dad became my best friend over the years as I too developed type 1 diabetes at age 21. His personal example helped me make the transition into caring for my diabetes. It is a natural part of my everyday life to take care and manage my diabetes just as I saw it occur in his. I don’t have any recollection of my father complaining about the routines; he enjoyed the routines as he knew they permitted him longevity and better health. Little did he know that he was creating a legacy of proper management of diabetes to the next generation. Unfortunately my father did experience complications from his diabetes and died at age 77. He did though have unexpected stabilization of his complication in his 70’s with the use of his Medtronics Mini-Med insulin pump, carbohydrate counting and the continued drive to take care of himself. Through his example I have gone into medicine and specialize in diabetes care.” – Michael Cronyn, PA-C, MPAS, CDE

“My Dad was the greated Dad a Diabetic could have. My Dad was born in 1896 and was a medic during World War I. When I was diagnosed in 1948 with Diabetes, he instilled in me that I could control Diabetes or it would control me. Even though money was scare, he purchased me a bicycle so I would get exercise. He also made me walk a mile each way to and from the school bus route. He would not give me my insulin injections, but made sure I knew how to give them myself. Also, he taught me to sterilize my needles and syringes. Boiling my urine in Benedict solution, was a job I despised, but my Dad made me do it because it was the only method used at that time to check your glucose. Even though I did not want to go to a camp for Diabetics, my Dad made sure that I went. It was the best thing he ever did for me because that is where I learned to take care of myself. Things have changed in the 64 plus years since I was diagnosed with Diabetes, and my Dad is now deceased. His memory lingers on, and I know because of him is the reason that I have survived these many years with Diabetes.” – Imogene Parker

“I have the BEST dad anyone could of ever had! I spend time with my Dad every single day of the year. Now that I no longer work, I have coffee with my Dad every morning and we just sit and visit. He has been the highlight of my life. I have always been a Daddy’s girl, but as I have grown older, I am even more so. Dad has guided my life in so many ways, I can’t even name them all. Growing up, he let me make up my own mind, even if it meant falling a time or two, but he was always there to pick up the pieces and help me to understand how I went wrong. He has always been a hard worker and at times worked two jobs to keep our family of 3 children well taken care of. Dad has shown me the meaning of “family” and how great it is to love your children to the fullest. I have always looked up to my dad and tried my best to do what I think he would expect of me. He is my best friend and I love him & appreciate him more than he’ll ever know. I have the greatest Dad!” – Debbie Pugh