ALERT: Due to the inclement weather across much of the country, Medtronic deliveries are currently experiencing delays and there will be longer than normal hold times on the phone. Visit www.Diabetes.shop if you need to place an order, get a sensor or belt clip replacement, or check the status of your supply order. X
Home  »  Lifestyle   »   The Power of Peer-to-Peer Advocacy 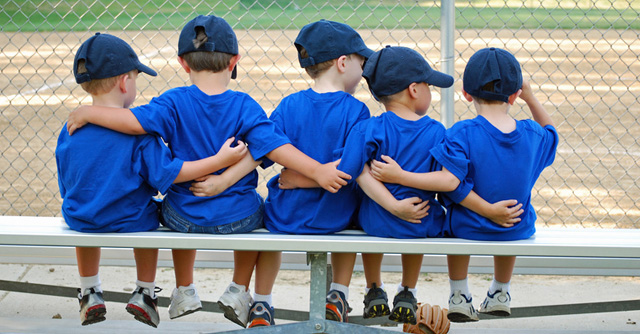 Editor’s Note: I am so excited to introduce you to our newest guest blogger, Scott E, from Rolling in the D, who has lived with type 1 diabetes for over 30 years. His wife and two sons are most important in his life, and Scott enjoys playing an active role in the online diabetes community, hoping to make a difference in the lives of others with diabetes. We’re thrilled to have him blogging for us, and with our “advocate your own way” theme for Diabetes Awareness Month, Scott kicks us off with sharing what peer-to-peer diabetes advocacy means to him. Please welcome Scott E!

November, as you’ve probably heard, is Diabetes Awareness Month. It’s when lots of people ramp up their efforts to influence politicians and policymakers, educate acquaintances and strangers, promote scientific research, correct misconceptions, and encourage tolerance and fairness towards people with diabetes. During this month, I’m sure we’ll see rallies, campaigns, posters, and fundraisers all focused on achieving these goals.

We’ll encounter folks who will stop at nothing to spread their message to be heard. Efforts will be made to rival the visibility of other well-known campaigns, such as those known for their blush-colored ribbons or their freezing-cold containers of H2O. Folks will be mustering up every ounce of strength they have to bring about change in our society and in our world.

If I could sum this type of advocacy up in one word, it would be “hope”. Advocates will tirelessly state their case or share their story clearly, loudly, and consistently, with the hope that someone will respond in a positive and beneficial way. Being a “big-scale” advocate is a Herculean task, and I applaud those who lead and participate in these efforts year after year.

But it’s not for everybody. It can be intimidating, and at times, it can seem thankless. Even the most successful campaigns can take a long time until a real benefit is seen.

But there’s another kind of advocacy: one that is a little less high-profile, and a little more up-close-and-personal. The Peer-to-Peer advocacy, as I like to call it, is directed not towards those with power or influence, but to those who share the same challenges and experiences that people, like myself, deal with on a day-to-day basis. Forming these connections is the kind of advocacy that I am most comfortable with.

In a word, I would say this type of advocacy is based on “comfort”, and it isn’t focused on changing the whole wide world.

What it is focused on, is changing individual people’s worlds, one at a time. It is focused on helping people with diabetes to feel good about themselves, and to be comfortable and confident. It is about providing a reassuring “me too” or “I understand” to the people who need it most when they don’t know where to turn, and when they don’t know how to make their diabetes-needs peacefully co-exist with life in the real world.

Eight years ago, it took some peer-to-peer advocacy for me to make a change that improved my life tremendously. I had a long list of medical professionals who were pushing for me to move from injecting insulin to pumping it, and for a long time I would stubbornly resist. My doctors, though I’m certain were well-trained in their medical field, couldn’t seem to address just why I was so reluctant. My reasons, in hindsight, were quite common: the metaphor behind the physical tether; the submission of control to a machine; concerns over intimacy and body image. But also, there was the worry that I could no longer play in my adult ice hockey league. No trained professionals could quell these fears; they could only speak to their relative insignificance when compared to the tremendous benefits I could be enjoying. But my fears weren’t insignificant, they were real.

It took others. It took people who had been in situations just like mine, and who had reservations just like mine. They spoke directly to my fears and showed me ways they, personally, had worked around (or in some cases, right through) them. They gave me options and ideas, and in doing so, they made me realize that I still would have just as much control over myself as before. Ultimately, it was one person who directed me to a YouTube video of a then-active National Hockey League player who wore an insulin pump, even during the game (since this video was made, I’ve learned of several more). That video gave me the confidence, as well as some techniques, that I could use to take the leap to improve my health while not sacrificing an activity that I love.

These days, I try to pay it forward by supporting other people with diabetes who are struggling or just looking for someone who understands what it’s like.

In public, rather than conceal my diabetes, I’ll proudly display it in what I wear and what I do, hoping that it may give someone else a little confidence to do the same (a side benefit of performing a blood test or site-change in the open is that it’s much less inconvenient!). I’ll attend various meetings and get-togethers for other people with type 1 diabetes, and will share my experiences and lessons-learned, both good and bad, on how I get through each and every day.

Just recently, my son’s religious school was raising money for a well-known diabetes-related organization. In a letter sent to parents, the school mentioned that type 1 diabetes affects two of the students enrolled. Although I didn’t know who they were and I respected their privacy, I approached the Education Director, told her of my life with type 1 diabetes for over 30 years, and asked that she forward my name and contact information to these families in case they felt a need to reach out to someone. So far, I haven’t heard back, but I hope that these families and students are comforted knowing they aren’t alone and someone to talk to is just a phone call away.

No, helping people one-on-one won’t change the world. It won’t bring us closer to a cure or hasten regulatory approval for the latest “big thing”. But it will help someone – today – to look forward to a better tomorrow. And to that person, this camaraderie can change THEIR world.

Insulin infusion pumps and associated components of insulin infusion systems are limited to sale by or on the order of a physician and should only be used under the direction of a healthcare professional familiar with the risks of insulin pump therapy. Insulin pump therapy is not recommended for individuals who are unable or unwilling to perform a minimum of four blood glucose tests per day. Insulin pump users should have sufficient visual and audio acuity to recognize the alerts and alarms provided by the pump. Insulin pumps use rapid-acting insulin. If your insulin delivery is interrupted for any reason, you must be prepared to replace the missed insulin immediately. Please consult your healthcare provider and visit www.medtronicdiabetes.com/important-safety-information for additional details.