COVID-19 update: At this time there are no interruptions in our ability to manufacture and supply product. Our clinical team has instituted virtual video trainings for new pump and CGM customers to ensure continuity of service. Please click here for more information. X
Home  »  Lifestyle   »   Spotlight: Medtronic Global Hero, Celine Parent 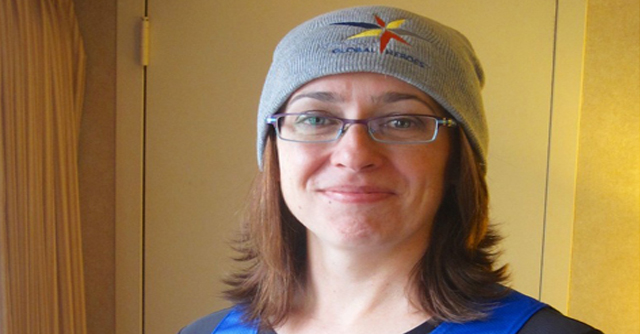 I would like for you to meet Celine Parent. After a diagnosis with diabetes, she saw that her life would take a different path which would one day include becoming a half marathoner and triathlete. Recently, she was selected to run a 10 mile race as a Medtronic Global Hero because of her work in the diabetes community. (This is an awesome accomplishment!) Read her story about the biggest marathon in her life, ten years with diabetes.

On November1st, I celebrated ten years with diabetes. I don’t use the word celebrate lightly or facetiously. I did indeed celebrate ten years with diabetes. Ten years of test strips and needles and insulin vials and 3am lows and 4pm highs. More importantly, ten years of experiences that would most likely never have happened without diabetes. I could say that diabetes made me what I am today. But I don’t think that’s quite true. I made me who I am today. And I used diabetes as a motivator to help get me here.

There are many words that I can choose to describe myself today: runner, swimmer, triathlete, mentor, blogger, Global Hero. None of them would have described me ten years ago on that cold November 1st day when three fateful words changed everything.

Diabetes is hard. It’s relentless. It’s humbling. It teaches some pretty important lessons about strength and about fear. It forces us to look at our own mortality and it forces us to deal with the word ‘forever’.

I learned pretty quickly that taking care of my health, of my body and of my mind was really important. So I decided to try running. I didn’t decide right away. It took a while for me to become comfortable with my diagnosis and my ability to exercise with diabetes. But eventually, running felt right so I tried it. Running, I quickly discovered, is really hard. Diabetes is harder. “If I can deal with diabetes, I can deal with anything” was the attitude I chose to have.

So I ran. Really really slowly at first and not very far. I wore a running belt so packed with diabetes stuff and emergency carbs that people still make fun of me years later. It was HUGE. But I was scared. I didn’t want to have a low out there on the road. So I carried enough stuff to see me through about 15 lows…on a 5k (3 miles) run. If you do the math, that would be one low every 333m (1,092 feet) – what are the odds of that?

I slowly got stronger…and faster…and braver. I tried things I never thought I’d be able to try. I signed up for, and ran, an 8k (5 miles) race. Then a 10k (6 miles). Then a half marathon. I bought a bike and started cycling. I tried a duathlon, then two. I got injured and had to take a few weeks off running so I tried swimming. I fell in love with it and decided to do a triathlon. Then another.

During that time, a nurse from my diabetes center called me. There was a girl she was working with, about my age, who was having trouble dealing with her new diabetes diagnosis. Would I talk to her? Of course. I started acting as a mentor and talked with several people who were struggling, who wanted to try running, or who just needed someone to talk to. I decided that I liked talking to people like me and I wanted to try reaching out a little further by writing a blog. Running on Carbs was born.

All because of diabetes.

On October 7th of this year I ran the Medtronic Twin Cities 10 mile race as a Global Hero. I was chosen because I run, I blog, I mentor…and I have diabetes. I was given the opportunity to spend four days with 24 other heroes – people who run and do countless other amazing things thanks to some sort of medical device. People who choose to use their condition as a motivation to be more, do more and push themselves beyond what other people think they can do. People who say “I can” instead of “I can’t.” It was, without a doubt, the most important weekend of my life. Happy anniversary diabetes and thank you.