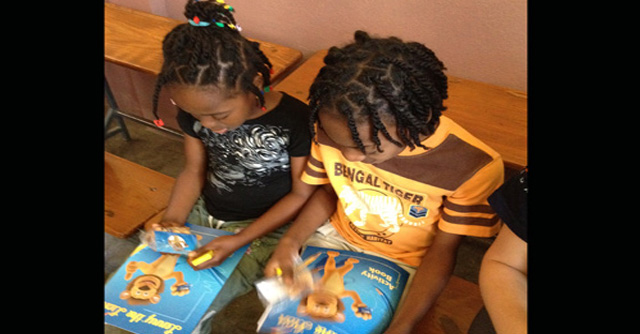 Editor’s Note: We asked Dr. Kaufman to share her experiences visiting Haiti for the second time since the earthquake devastated the island. We know many of you are interested in hearing about the global diabetes community and what is being done to help people without aid. Along with her husband, Neal, and other diabetes leaders, Dr. Kaufman is volunteering her time to treat and teach throughout the country, including helping with Haiti’s first-ever diabetes camp. Many thanks to healthcare workers like Dr. Kaufman, volunteers like Sarah Knicks and many others who have supported the global diabetes community, including the people of Haiti, through their time, money, knowledge, expertise and/or helping hands.

We have been in Haiti for three days – but it seems like a life time. When we arrived in the airport, it was chaos, and finding our host – Phillipe Larco, MD (an epidemiologist, and the husband of Nancy Larco, MD – the endocrinologist who runs FHADIMAC, the Haitian Diabetes Association and who we came to work with) – was an arduous task being jostled and harangued by a throng of Haitian men trying to help us so that we would pay them a dollar. We had already met up with Carol and Mark Atkinson from Gainesville, Florida in Miami and flew to Port Au Prince together. I have known Mark for years – he is one of the most important type 1 diabetes researchers in the world, having helped define and characterize the autoimmune process that causes this disease. Mark and Carol have worked in Haiti for 15 years – they have taken over 15 trips to go to one of the mountainous areas where they are helping bring a village to health and more than subsistence living. They have cared for children, built a clinic, brought in doctors and dentists and carpenters and engineers and equipment – they have transformed the world for the people in the village. They joined us on this trip to see more about FHADIMAC (the Haitian Diabetes Association).

Waiting for us in the hotel was Evelyne Fleury-Milfort, the gifted wonderful diabetes educator originally from Haiti who has been our inspiration to come to and work with in Haiti. And yesterday we were joined by Merith Basey who helps run AYUDA (American Youth Understanding Diabetes Abroad). We have worked with AYUDA for more than 13 years; a great organization that runs diabetes camps in Ecuador, the Dominican Republic and youth leadership training for young adults with diabetes around the world.

Haiti looks better. There is less rubble, less desperation – more hope. But with that said, there are still tent cities everywhere, the biggest across from the collapsed Presidential Palace. Buildings that fell to the ground from the earthquake are still all around, but a few have been cleared since last year. All commerce is essentially still on the sidewalks, small stands with people selling everything force people to walk in the streets, and traffic is a mess. We feel safe, even though we probably aren’t, so we are being cautious.

We have been busy since arriving. We taught at the Norte Dame Medical School. I lectured about diabetes to a group of medical students in their final year of school, and they were interested, aware, and asked great questions. We didn’t visit this school last year, the best medical school in the country, and we all feel these students have great potential. We have begun to explore if there might be some exchange in the future after talking to their very impressive Dean.

We met with four people from the Ministry of Health. We discussed long range plans about diabetes, and particularly the role of FHADIMAC. FHADIMAC runs the Life for a Child Program in Haiti- this is an international program that brings supplies a year at a time to poor children with diabetes in under resourced countries across the globe. FHADIMAC runs a clinic for adults with diabetes and charges them a dollar, screens people across this country to find out if they have diabetes, as well as teaches, organizes and helps other clinics take care of people with diabetes.

Today we went to the clinic in Leogane. It is located at the epicenter of the earthquake and run by an American, Jason Stowell, who is a carpenter/builder – his group was here building furniture before the quake and happened to be located in the same compound as the Klinik Kominote (Community Clinic). After the quake, the people running the clinic left and he took over with the Haitian doctor who was there, Dr. Spencer. And they made a partnership with IsraAid (the arm of IsraAid called Tevel T’zedek). As a result, there are three Israeli’s working in the clinic – a surgical resident, a nurse from Montreal (who was born in Israel) and a peds ICU nurse. They work side-by-side with Dr. Spencer’s team of Haitians – a nurse, a pharmacist, a translator, and a clerk. And with the support of FHADIMAC, they are now an outreach diabetes clinic – having received protocols, training and the ability to enroll children with diabetes in Life for a Child.

The clinic was overrun with patients – of all ages and all levels of illness. I saw 6 adults with diabetes; about 18 came. One woman, already with a below the knee amputation of her left leg and foot, had a festering ulcer at the side of her right foot that will likely take that leg as well. Another woman with type 2 weighed 310 pounds – her blood glucose was 320 – but she had already lost 15 pounds. But most of the patients with diabetes had been coming to the clinic for some time, getting the appropriate meds, trying to follow the diet and taking their condition seriously. There were many other patients; kids with asthma, babies with fevers, pregnant women – some happy about it, some overwhelmed, one desperate with 3 kids already at the age of 25. The clinic was well run – the Israelis seemingly well adjusted for their 4-6 month stents in Haiti and Jason and Dr. Spencer reliant on them. But there are challenges to this model – since the goal is to have a Haitian run and Haitian staffed clinic for Haitians – not reliant on outside forces. But a lot needs to be done before that is even remotely possible – from facility improvements to training and empowerment of the Haitian medical/nursing staff. While Neal, Mark, Carol and I were in clinic, Evelyne, Nancy and Merith went with some of the staff to screen 115 people from Leagone for diabetes. They found 14 with abnormal blood sugars ranging from pre-diabetes to over 400. They will all be referred back to the Klinic Kominote.

The drive to and from Leogane was depressing, people and squalor everywhere. Tents, rubble, trash, sewage, rivers over run with garbage, and traffic harrowing and dangerous. As we drove, one man pried open the door of our van, but we quickly got him out. The country still faces overwhelming odds to get adequate housing, safety and work for the masses.

Next, we’ll head to camp, up in the mountains, which I’ll be sure to write about soon. We are having a great time, busy and excited. And with caution, staying safe.