ALERT: Due to the inclement weather across much of the country, Medtronic deliveries are currently experiencing delays and there will be longer than normal hold times on the phone. Visit www.Diabetes.Shop if you need to place an order, get a sensor or belt clip replacement, or check the status of your supply order. X
Home  »  Lifestyle   »   Mark Krukar’s Top 5 Faves about MiniMed 530G with Enlite 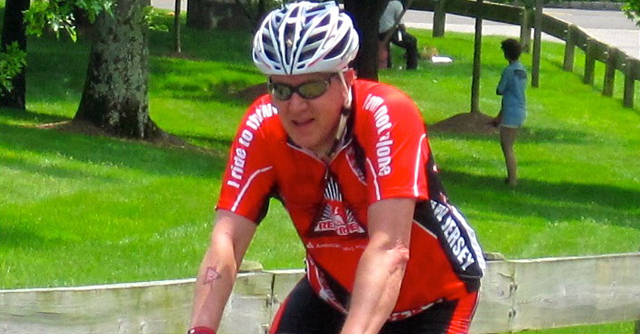 Like many who were diagnosed with type 1 diabetes 40-plus years ago, Mark Krukar spent a week in the hospital and was told he would have to take insulin shots every day for the rest of his life. In the early years, Mark did little to manage his diabetes, leading him to a disturbing wakeup call at the age of 20 when he started to develop diabetes related complications. Initially managing his diabetes with multiple daily injections, Mark has now been a MiniMed insulin pump user for 15 years. Currently using the MiniMed 530G with Enlite, Mark joins us today to share his thoughts about the new system with you.

I don’t remember too much about what happened when I was first diagnosed with type 1 diabetes in 1967, but I spent about a week in the hospital and was told that I had to take insulin shots every day for the rest of my life. As a seven-year-old, it was not the greatest news to hear. As a matter of fact, it was horrendous. For the next few decades, I did not always manage my diabetes very well. I was taking two injections of insulin per day, and developed diabetic retinopathy at the age of 20 years old. This was my first “wake-up” call about managing my diabetes. Around this time, I started multiple daily injection (MDI) therapy and my health and A1C began to improve. I have seen numerous advancements in the treatment of diabetes and its complications over the past 46 years, including the introduction of home glucose testing, laser photocoagulation (without which I probably would have been blind), and insulin pump therapy.

It was approximately 15 years ago when I made the decision to start using an insulin pump. My first pump was a MiniMed model. Somewhere along the way, I did try another insulin pump, but quickly went back to my old MiniMed pump. The other pump that I tried did not have an insertion device for its infusion sets, and was not as user friendly as my MiniMed device. After the early MiniMed model, I upgraded to the MiniMed Revel system with the integrated Sof-sensor continuous glucose monitor (CGM). Over the years, it became harder for me to recognize warning signs of low blood sugar, leading to a number of emergency room visits due to hypoglycemic events. One of the main reasons that I started using CGM was that I had developed hypoglycemic unawareness. I have now been using the MiniMed 530G with Enlite since November of 2013. Here are five things that excite me most about the new system.

One of the features I like about the Enlite sensor is the insertion device. I find it easy to use and like that you don’t see the insertion needle. The weird thing is, I have been giving myself insulin injections since a very young age, but still do not like seeing the injection needle. As a matter of fact, if I’m watching a TV show or movie with a scene showing someone having a needle injected, I usually turn my head. Guess it’s just a mental thing for me!

The needle is much smaller than the Sof-sensor. For me, that means less pain from the insertion process.

I can wear the Enlite sensor for up to six days! That means fewer sensor changes, which makes using the MiniMed 530G system a lot easier.

Another feature that has helped me personally is the Threshold Suspend feature. Due to my hypoglycemic unawareness, I like this feature because it stops the insulin pump from delivering insulin once my sensor glucose level reaches a predetermined threshold (based on the recommendation from my healthcare team, I have mine set at 60 mg/dL).

The system has been performing well for me in all aspects of my life. I am an avid road bicyclist, and spend a lot of time riding, including participating as a Team Captain in the American Diabetes Association’s Skylands Tour de Cure in Basking Ridge, NJ. The low predictive alert feature this system has provides some additional comfort for me while participating in 50 mile plus rides. As a Bank Executive Officer, my schedule is generally filled with multiple daily meetings. The MiniMed 530G system allows me the flexibility of not having to schedule my meetings around meals or insulin injections, and also provides me with warning alerts of predicted high or low blood glucose levels.

In addition to the benefits noted above, my A1C level has never exceeded 6.3 over the last ten or so years. In my opinion, this is probably the best testimonial for using a MiniMed insulin pump and CGM.

Medtronic Diabetes insulin infusion pumps, continuous glucose monitoring systems and associated components are limited to sale by or on the order of a physician and should only be used under the direction of a healthcare professional familiar with the risks associated with the use of these systems. MiniMed 530G with Enlite is intended for the delivery of insulin and continuous glucose monitoring for the management of diabetes mellitus by persons 16 years of age or older who require insulin.

Pump therapy is not recommended for people who are unwilling or unable to perform a minimum of four blood glucose tests per day. Insulin pumps use rapid-acting insulin. If your insulin delivery is interrupted for any reason, you must be prepared to replace the missed insulin immediately.

The information provided by CGM systems is intended to supplement, not replace, blood glucose information obtained using a home glucose meter. A confirmatory fingerstick is required prior to making adjustments to diabetes therapy. MiniMed 530G with Enlite is not intended to be used directly for preventing or treating hypoglycemia but to suspend insulin delivery when the user is unable to respond to the Threshold Suspend alarm and take measures to prevent or treat hypoglycemia themselves.