ALERT: Due to the inclement weather across much of the country, Medtronic deliveries are currently experiencing delays and there will be longer than normal hold times on the phone. Visit www.Diabetes.shop if you need to place an order, get a sensor or belt clip replacement, or check the status of your supply order. X
Home  »  Innovation   »   Making a Diabetes Difference in Haiti 2014: Part I 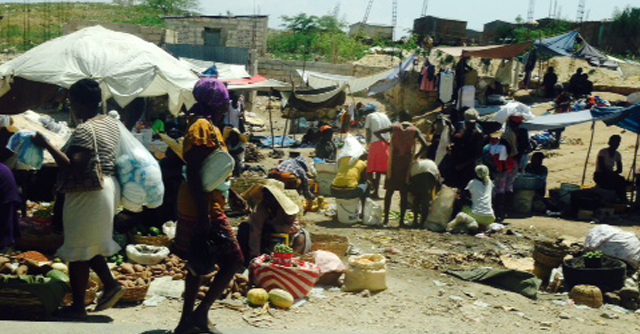 For the third year in a row, Dr. Kaufman and her husband, Neal, returned to Haiti for their fourth time to provide aid to the country’s first ever diabetes camp, determined to bring better diabetes care and outcomes for Haitian children. In the first entry of this two-part series, Dr. Kaufman shares her initial feelings and experience as she and Neal arrive to Haiti and the new camp site.

We have spent our first day in Haiti. After being picked up at the improved airport (it almost looks like an airport of an average low resourced country), we went straight to the seaside resort, where we are having our third diabetes camp.

Driving to camp, we sped past several of the remaining “tent cities”, which still populate the country, though with fewer inhabitants since we were last here a year ago. It is estimated that 200,000 people live in tents, down from the peak of 1.4 million people right after the earthquake 4 years ago, and 400,000 people one year ago. Where the others live, and under what kind of condition, is unknown. Despite all those advancements, this is still Haiti. The streets are still clogged with young men and women working in the underground economy, selling everything imaginable to other impoverish Haitians. Most make a meager “living”, which allows them to at least survive.

We are staying farther north than we did last year, in an old sugar plantation right on the clear, warm ocean. The camp is tranquil and beautiful, a sharp contrast to the rest of the country. Our former plantation had the nicest rooms we’ve stayed in while in Haiti, and this year, we are thrilled to be in what would be considered a “fair” resort in most parts of the world. The camp has an eerie reminder of Haiti’s slave history with all of the haunting sculptures. There is a row of logs chained together with tortured faces carved at the top, hitched to an old wagon, and behind that, a less tortured log with a whip, representing the overseer of the slave logs. Wandering about is a strange variety of animals – geese, monkeys, stray dogs, cows, peacocks, and goats, one of which showed up as dinner. Surrounded by all kinds of animal noises, the male peacock is the noisiest.

This year, we are better housed, organized, and staffed than ever before. We are running our diabetes camp with our usual partners – Nancy Larco (Haiti’s head endocrinologist), the woman who runs FHADIMAC (Haiti’s American Diabetes Association), her 83-year-old father (founder of FHADIMAC with his wife), Evelyne Fleury- Milfort (Diabetes Educator from UCLA), Merith Basey (AYUDA representative and has been with us previous year), and Dr. Nick Cuttriss (founder of AYUDA).

My family and I have supported Dr. Nick Cuttriss and AYUDA for 15 years, starting when Dr. Cuttriss was in high school, bringing camps and diabetes education to the developing world. We worked at AYUDA’s first camp (and others since) in 1999 in Ecuador. There are four additional AYUDA volunteers working with us in Haiti, who are all college students that fund-raised their own expenses to be here. Three of them have type 1 diabetes.

Most of the kids and young adult campers have been in our camp all three years. This year, they look healthier, a little less traumatized, and have minimally better diabetes control. In a country like Haiti, minimal improvement means a lot. We had a whole contingency of new campers from St. Marc, which is north of Port Au-Prince, who were effortlessly accepted by those who were more familiar with camp. The kids have a greater feeling of fragility here, so they are naturally more accepting of others. For example, there is a cognitively impaired camper, who is an orphan that walked for weeks after the earthquake 4 years ago to get to another orphanage, and is friends with everyone. Although she should have aged out of the orphanage, she will remain there, due to her limited capability. The good news is, she now occasionally smiles.

There are still plenty of kids who have signs of chronically being in poor diabetes control. They have growth failure, large livers, tight skin, and stiff joints. Fortunately, there are fewer and less severe cases than in the past. Meals are still a frenzy. They all want as much meat as possible, and most don’t take enough insulin because they’re too food insecure at home, not knowing if they’ll get lunch. Many of those who hadn’t previously been to camp came with blood sugars in the 400s, and were fearful of taking insulin, coming to a new situation. Hopefully next year they will have enough trust that we will feed them and the bus won’t break down on the road, so they will feel comfortable taking their insulin before they leave home.

But it seems a bit better. More hope, more smiling. The photos are from camp of individual kids and an evening talent show, where the kids joked, danced, sang, and listened to Nancy Larco play Ava Maria on the violin. We are exhausted, covered with insect bites and repellant, and desperately trying to remember to take our Malarone so we don’t get malaria.

Editor’s Note: Keep an eye out next week for the second part of Dr. Kaufman’s trip: Making a Diabetes Difference in Haiti: Part II!