ALERT: Due to the inclement weather across much of the country, Medtronic deliveries are currently experiencing delays and there will be longer than normal hold times on the phone. Visit www.Diabetes.shop if you need to place an order, get a sensor or belt clip replacement, or check the status of your supply order. X
Home  »  Lifestyle   »   Life is Not Over, Just Altered 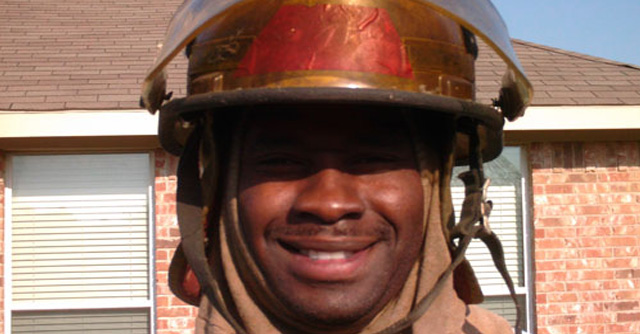 Today, we hear from John Berry, a dedicated firefighter from Texas, who doesn’t let his diabetes stand in the way of his life-saving work. John talks to us about his “Ah-Ha” moment where he realized he needed to take better control of his health and some of the tools he now uses to manage his diabetes like temporary basal rates and predictive alerts. What’s more, John talks about coming to the realization that living with diabetes doesn’t mean that life is over, it’s just altered.

It was 3am and I was awakened by the blaring sound of the alarm tones that alerts all firefighters at the station to get up because there is an emergency that needs to be handled. As an experienced firefighter, I was very familiar with these middle-of-the-night calls. It was routine. This night; however, I was more lethargic than usual. After helping my crew extinguish the 2 alarm fire, I was sweating profusely. That was normal, but my mouth was dry and I was dizzy. I’m a paramedic, so I knew the symptoms I was having – the symptoms of diabetes. But I ignored it, or denied it.

By the time we got back to the fire station, I was completely passed out. I awoke in the ICU of the hospital with an insulin drip in my arm. My blood sugar levels had been over 600. This was my “Ah-Ha” moment.

After months of trying to manage my diabetes with pills and shots and more pills and more shots, I became overwhelmed and depressed. Eating meals at the fire station became increasingly more difficult. Having to go in the other room to take a pre-meal insulin shot and not being able to eat the usual feasts that firefighters eat at the station was torture. I felt like I had a leash around my neck. I recall once wanting to eat a snack that was provided for the fire fighters at the scene of a fire when I quickly realized I didn’t have my needle and insulin.

After more months of unhappy living and unmanaged diabetes, my diabetes specialist introduced me to the Medtronic insulin pump. It changed my life. With my active and unpredictable lifestyle, the pump fits me perfectly. It was so liberating to be able to eat like a “normal” person. I have the freedom to eat a spurt-of-the-moment snack as long as I took a bolus of insulin to cover it. If I’m on a fire scene longer than expected or jogging, I can use a temporary basal rate to avoid low blood sugars.

Overall it’s made life with diabetes so much easier to manage. I lowered my A1C from 10.1 to 7.3 in the first few months on the pump. And I like that my continuous glucose monitor alerts me when I am getting a low or high reading.

The pump isn’t perfect, I still have bad days. I still have to keep an eye on my insulin levels and do finger sticks several times a day just like everyone else.

But, I’ve finally realized that my diabetes is not a curse and that my life is not over, just altered.