ALERT: Due to the inclement weather across much of the country, Medtronic deliveries are currently experiencing delays and there will be longer than normal hold times on the phone. Visit www.Diabetes.shop if you need to place an order, get a sensor or belt clip replacement, or check the status of your supply order. X
Notice to US users: CareLink™ servers maintenance is scheduled for Saturday, February 4th from 8am -2pm US CT.
CareLink™ Personal and CareLink™ System websites, and other associated services (mobile app and care partner connectivity) will be unavailable during this time. We apologize for any inconvenience.
Notice to US users: CareLink™ system unavailable for server maintenance - Feb 4, 8am-2pm US CT
Home  »  Health and Wellness   »   From Resenting To Accepting My Diabetes 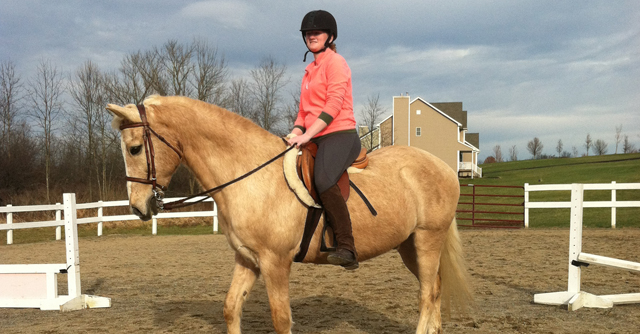 When I met Amanda Bauer online through the diabetes community and found out she has diabetes and LOVES her pink insulin pump and pink mio infusion set, I knew that we would become fast friends since we have that in common! That’s exactly what happened with Amanda and me. Amanda is 20 years old, has lived with type 1 diabetes since the age of 11, and has been on a MiniMed insulin pump for the last 8 years. Diabetes impacted her life so much that she’s graduating from nursing school so that she can one day help people with diabetes. Here’s her inspiring story on the impact diabetes has had on her life, and how meeting one new friend helped to transform her views on her disease.

After being diagnosed, I resented my diagnosis for a really long time. High school was probably the worst for me as I felt I was weird and kids were really cruel about it. During high school I hid the fact that I had diabetes by not testing or bolusing; I would leave my pump home or just not even refill it. This also made me start to resent my parents because they would constantly ask me about my numbers. At 18, it got to the point where I refused to let my mom come with me to the doctor and basically took medical rights away from her because I was angry. In hindsight, she was concerned and was just doing her motherly job. But I really think that’s one of the reasons I turned my life around because I got that sense of independence early on.

Up until eight years ago I’d never met anyone else with diabetes before. I really thought it might help me through my frustrations so I contacted my doctor and a day or two later she emailed me contact info for another girl with diabetes. Since then, Anne has become a really good friend of mine and has helped me overcome everything from my fear of needles to not being able to accept my diabetes. She would text me and remind to test my blood sugar and let me vent to her about my frustrations and hatred towards diabetes.

About a year ago Anne and I wanted to meet more people with diabetes so we decided to go to a diabetes support group meeting in my town. Once there we realized we were extremely singled out in more ways than one. First of all we were the youngest ones there by let’s say 20 years! And we were the only type 1 diabetics. So we quietly snuck out and went to a coffee shop to chat and practice our bolusing. A month or so went by when my mom mentioned to her endocrinologist that we had went to the meeting but that it really wasn’t what we were looking for. He suggested we start our own and set up a meeting for us with him, a PR person, and the local diabetes educator. Soon after, ta-da we had a date and meeting place set! The first meeting was horrible to say the least. No one showed up but we didn’t let that discourage us. We decided that maybe the doctor’s office setting kind of scared people away so we decided to meet at a coffee shop instead and get a guest speaker. And guess what? our group of two turned into a group of four and now it’s a still growing group of eight!

Between meeting Anne and starting this group with her, I started to love and embrace my diabetes. This even led to the decision to make this my career, so today I am in nursing school and working towards being a Certified Diabetes Educator! Without Anne I wouldn’t be where I am today. I would have never gone to nursing school and would have never become so passionate about diabetes. I hope to someday provide young diabetics with the hope and encouragement I wish someone would have given me early on. I want to be able to let young diabetics know that you don’t have to go about diabetes the way I did by resenting and ignoring it like it’s going to go away. That isn’t the answer.

It’s much easier to tell people that you have diabetes and honestly most people are curious! I love showing people my pink Medtronic pump and matching pink mio. It’s my favorite accessory and definitely a conversation starter. I love educating people on it and just showing it off! It has definitely changed my life but I think it has changed my life for the better and given me opportunities I might not have gotten otherwise. I think it truly has been a blessing in disguise.