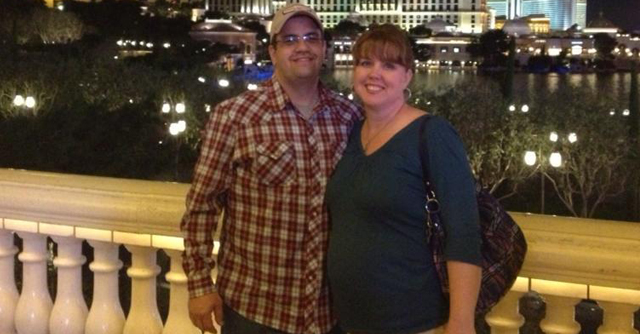 Many women say that pregnancy is a time that transforms their future knowing they are carrying the child they will one day hold in their arms. It’s exciting, intimidating, and down-right frightening at times. And when you are a woman with diabetes experiencing pregnancy, many of these emotions can be drastically highlighted. Today, I have the pleasure of introducing you to Shannon. She has had type 1 diabetes since right before her 18th birthday and now wears a MiniMed insulin pump and CGM. Shannon is active in her local JDRF Chapter and writes about life with diabetes on her blog No More Shots for Shannon. A big thank you to Shannon for sharing her inspiring story on being a mom to one, soon to be three!

When I was admitted to the hospital in 1992 following my diagnosis at the age of 17, I vividly remember the on-call doctor telling me that I will never be able to have children. I was crushed. If anyone had asked me when I was a little girl what I wanted to be when I grew up, I’d have said a mommy. To hear someone say that would likely not happen was gut wrenching.

I am happy to say that in 2008, after delivering my first son via caesarean, I proved that doctor wrong. My husband and I had been trying to conceive for a while, and in 2007, we finally received the good news. I was prepared going into the pregnancy – I had lowered my A1C and soon after finding out I was pregnant, I went back on the insulin pump. A diabetic’s insulin needs change around mid-pregnancy (for most women) and it is much easier to make gradual adjustments on the pump, versus MDI (multiple daily injections.) By the end of my pregnancy, I was taking 3x the amount of insulin that I had started with. I had been told that my insulin needs would drastically drop after giving birth, but this did not happen – it was more of a gradual decrease, which was a good thing in my opinion. My son was born perfectly healthy at 38 weeks.

In August of 2012, we found out we were pregnant again, and it is twins this time! Again, since we were trying to get pregnant, I had lowered my A1C into the 6’s and am still wearing my insulin pump and CGM, which again makes it much easier to make gradual adjustments as they are needed. I am due in May, but because of my age, my diabetes, and the fact that I’m carrying twins, they will take the babies in mid to late April. So far I have had a complication-free pregnancy. As I did in my first pregnancy, I see a doctor every 2 weeks, whether it is my Endocrinologist, my OB, or my Perinatologist, who performs high level (3D/4D) sonograms to monitor the growth of the babies, and so far everything is moving along smoothly.

After that first doctor told me I would never have children, I would have given anything to know someone who could have reassured me that that was in fact not true. So I hope my story is helpful to someone who thinks she cannot have children. You can. You have to be extremely diligent about taking care of yourself-up to a year before deciding to have children. It’s imperative that you’re in good control of your numbers before getting pregnant – for your sake as well as the baby’s. But it can happen and I’m living proof.