ALERT: Due to the inclement weather across much of the country, Medtronic deliveries are currently experiencing delays and there will be longer than normal hold times on the phone. Visit www.Diabetes.shop if you need to place an order, get a sensor or belt clip replacement, or check the status of your supply order. X
Home  »  Lifestyle   »   A Diabetes Camp Love Story 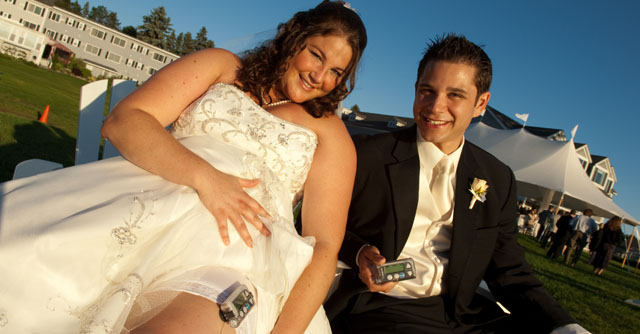 With summer in full swing, there’s been a lot of talk lately about diabetes camp, especially over on the Medtronic Diabetes Facebook page. So today we’re thrilled to welcome Jennifer LeBlanc, a Diabetes Clinical Manager here at Medtronic, to share some of her camp memories and what the experience meant to her. We’d love to also hear about your memories, so feel free to share in the comments!

Since I was 9 years old I have believed that summer camp or “diabetes camp” as we call it, is one of the single most positive influences on a child with diabetes, both their emotional and physical well being.

Now, I don’t have a significant “P value” citing actual statistics, but I would more then venture a guess that those children who are able to experience diabetes camp have better outcomes then those that do not. My theory is based on my personal experience as a camper, then a counselor, and eventually as a Head Nurse seeing thousands of campers experience diabetes camp.

As we know, diabetes is not only a disease affecting the physical body it also affects the psychological well being. There is a tremendous amount a child and family has to learn in order to safely manage the disease and sometimes in the process, we forget about catering to the emotional health of families.

Diabetes camps don’t forget. They make it an equal focus of the everyday curriculum that doesn’t involve opening up one single text book. Instead camp is where kids develop the confidence and education they need to be successful in managing their disease, but also empowers them to face the world as an individual. Diabetes campers spend 1-2 weeks having pure clean FUN with positive role models and kids their age. Who knew some of their best friends of all time, would also have diabetes?

My experience is not unlike many others. I struggled with being different and having to take on the additional responsibilities of checking my blood sugar, taking my insulin, eating the right things, and hoping that I wouldn’t feel sick or shaky (or worse) because of a high or low blood sugar. Every. Single. Day. Even though those things still existed at camp, I realized I was not alone. In fact, there were a lot of normal kids who were good at basketball, or loved to draw, or had a crush on boys, but also had this thing called diabetes.

My camp experience taught me that I could see the good in my disease and that it wouldn’t define me. It encouraged me to take the best control of my health (for me that meant switching to an insulin pump like my smart cabin mate Emily) so that I would have the chance at life I deserved! It taught me lessons they just don’t have time for in the clinic setting.

I can attest that some of those lessons may just have saved my life. I ended up deciding that I would make a career out of helping others that have my disease. I became a nurse, got a grant to travel to Australia to do diabetes research, and worked as a diabetes educator at one of the largest diabetes clinics in the nation. I even had the opportunity to spend my summers as a Nursing Director at the Joslin Camp. And that’s where I met my husband after his cheesy pick up line about me wearing the same Minimed pump as him.

We now both work for that same pump company (Medtronic) and, thanks to the combined, integrated power of CGM, close diabetes management and a great healthcare team, we have a beautiful 1-year-old son named Jackson.

So far we are lucky because he does not have diabetes like his mom and dad, but if that is what fate holds for him, we both can rest a little easier knowing that there are diabetes camps and technology like insulin pumps to help him through it. An 11-year-old camper once came up to me after I gave a talk about cure research with a very sad face. He looked up at me and asked, “If there is a cure, do you HAVE to get one?” Very surprised, I asked him what prompted the question. He exclaimed, “Well, if there is no diabetes…then there would be no diabetes camp, and I just couldn’t live without it.” While we all still hope for a cure, I totally understood what he meant.