COVID-19 update: At this time there are no interruptions in our ability to manufacture and supply product. Our clinical team has instituted virtual video trainings for new pump and CGM customers to ensure continuity of service. Please click here for more information. X
Home  »  Scott E.

When seven-year-old Scott E. went to the hospital on May 21, 1981, his doctor gave him two diagnoses: chicken pox and type 1 diabetes. When he was discharged 10 days later, the chicken pox was gone, but diabetes was there to stay.

For 20 years, Scott did what he needed to do to stay alive, but when it was time to get married and start a family, he needed to get serious and start doing more to take care of himself. Through the power of Internet search, he stumbled upon groups of other people living with type 1 diabetes, just like him, who were openly discussing life with diabetes, exchanging anecdotes, sharing ideas, expressing worries and concerns, and celebrating the quirky little joys of a “perfect” 100 mg/dL on a blood glucose meter.

Getting in touch with his “diabetes side” has given Scott a newfound purpose. He started his own diabetes blog, Rolling in the D, and enjoys being a part of the online diabetes community and participating in various diabetes-themed forums, hoping to make a positive impact and difference in people’s lives, including his own.

Scott lives in New Jersey with his wife and two sons, regarding his family as the single most-important thing in his life, followed by happiness, humor, and hockey. These four priorities intersect and complement each other quite often.

Finding Confidence: Not Letting Diabetes Hold Me Back 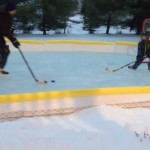 I tend to play it safe a lot. But lately, I’ve been trying new things and pushing myself out of my comfort zone. It’s not because of some new-found motivation or inspiration, nor is it because I’m trying to prove something to myself. It’s for my son. I strive to be the best dad I […]Read More »

Living With Diabetes: An Ode To Love Being Alive 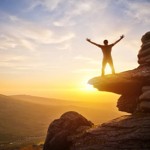 The Times Square ball dropped. The Mummers did their thing. Champagne corks were popped. What will 2015 bring? Some new diabetes tech? A medical breakthrough? A dreamy thought, I admit But what can I do? With the New Year upon us, I just can’t sit and wait For someone else to pull strings That control […]Read More »

Choosing the Right Tool for the Job 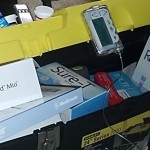 There’s a saying that goes: “always choose the right tool for the job”. Well, when it comes to managing my blood sugars during the “busy season” between Halloween and New Years’ Day (or, for that matter, any other season), the right tool – the one I was born with – stopped working over thirty years […]Read More »

The Power of Peer-to-Peer Advocacy 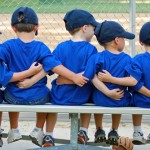 Editor’s Note: I am so excited to introduce you to our newest guest blogger, Scott E, from Rolling in the D, who has lived with type 1 diabetes for over 30 years. His wife and two sons are most important in his life, and Scott enjoys playing an active role in the online diabetes community, […]Read More »