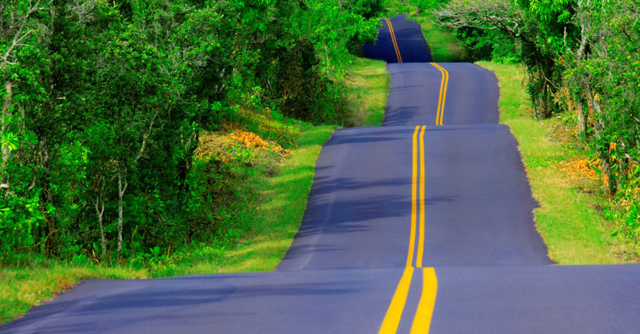 niMed Ambassador, Kitty Castellini, has more than 50 years of experience with diabetes. In 2004, she underwent a pancreas transplant. Nine years later in 2013, Kitty’s transplanted pancreas failed and her type 1 diabetes returned. She shares her lifelong story of diabetes with you today.

“Sugar Diabetes,” yes, that’s what it was called in 1963. I was actually diagnosed by curiosity. My older sister became very sick, and was diagnosed with “sugar diabetes”. The endocrinologist asked my parents about testing my older brother and me for type 1 diabetes. November 22, 1963, at the young age of 2 , I was diagnosed as well.

Being so young, I was clueless to what diabetes was. The tool for managing diabetes back then was testing your urine for sugar. At the age of 5, I was doing just that. My Mom had taped several charts on the bathroom wall for us. One chart was for recording our sugar levels, and the other was for recording our ketone levels. If our sugar levels were above three, we would test for ketones. My parents taught us at a young age how to be responsible for managing our diabetes.

In October 1984, I gave birth to a beautiful healthy baby girl. At this time, I had diabetes for twenty-one years. I told myself I will outshine diabetes at all cost, and went on to have a very wonderful career.

In 2000, my eyes started to bother me, and I was diagnosed with severe proliferative diabetic retinopathy! I started many eye operation treatments, beginning with laser surgery. I started researching how I could save my precious eye sight. While researching, I learned about the insulin pump. Oh yes, I wanted one. After researching, I started on a MiniMed 504 insulin pump. This insulin pump was the coolest thing I had ever seen, and I wore it proudly.

August 2001, I was cleaning up dinner, and started to scream. I had just lost my eye sight in my one eye. By morning, I was completely blind in both eyes! I remember crying and being very upset. Here I am, 38 years of living with type 1 diabetes, and I’m totally blind. I hated diabetes and what it had taken from me. I decided at that moment that it was not going to win! I was going to beat diabetes; it was not going to get the best of me.

For the next two years, I underwent approximately 30 major eye surgeries. My life had changed. I lost my career, and became dependent on my family. I went to school for the blind and visually impaired, and learned how to live a different life. My family was my strongest support. I would not take no for an answer; I was determined to beat diabetes. As I slowly regained some vision, I started to develop several other complications from diabetes, including gastroparesis and hypoglycemia unawareness.

August 2004, I underwent a pancreas transplant. There was no guarantee this would work. Diabetes had now taken so much from me and made me so sick, that on the day of my transplant, I could barely walk. My husband pretty much carried me into the hospital. Preparing for my transplant, as I put on the hospital gown, it was time to remove my good ole MiniMed 504 insulin pump. As I removed my pump from its worn leather case, a tear ran down my cheek. I gave my pump a kiss, thanked the insulin for keeping me alive, and handed my pump to my husband. That pump is now packed away in my cedar chest. Before going to the hospital, my daughter asked me to make sure I brought it home. She said she wanted it, as it was a part of me for the past four years. We learned at that moment how much that insulin pump had meant not just to me, but my entire family.

In 2007, I became a professional broadcaster and hosted a live weekly radio program on diabetes. I was going to give back by bringing awareness to diabetes and educate on the complications and how to prolong and prevent them. Diabetes Living Today® was born. Sadly, I became ill in 2012, and slowly began deteriorating. I was seeing my transplant team to no avail. April 2013, I became bed ridden, and was diagnosed with CMV, a virus that almost cost me my life. I lost my transplanted pancreas. By July 2013, my c-peptide was well below .05. The pancreas was no longer working, and my type 1 diabetes had returned.

Since my type 1 diabetes returned, it was time for me to go back on an insulin pump. Insulin pumps are much more advanced than they were years ago. In October 2013, Medtronic released their new MiniMed 530G system. My endocrinologist and I decided this was the best pump on the market that would meet my needs. In December 2013, I started on my new insulin pump and CGM.

Since starting on the MiniMed 530G with Enlite, my diabetes has become easier to manage, allowing me to stay in a target range of 90 – 140. The Enlite sensor and support from my start up team, who have worked with me in many areas, has helped me to stay in this target range. Additionally, I am now eating healthier, feeling better, and still determined to not let diabetes get the best of me.

Connect with MiniMed Ambassador, Kitty, to discuss her real experiences and get a better understanding of what life is like on an insulin pump and CGM.

Medtronic Diabetes insulin infusion pumps, continuous glucose monitoring systems and associated components are limited to sale by or on the order of a physician and should only be used under the direction of a healthcare professional familiar with the risks associated with the use of these systems. MiniMed 530G with Enlite is intended for the delivery of insulin and continuous glucose monitoring for the management of diabetes mellitus by persons 16 years of age or older who require insulin.

Pump therapy is not recommended for people who are unwilling or unable to perform a minimum of four blood glucose tests per day. Insulin pumps use rapid-acting insulin. If your insulin delivery is interrupted for any reason, you must be prepared to replace the missed insulin immediately.

The information provided by CGM systems is intended to supplement, not replace, blood glucose information obtained using a home glucose meter. A confirmatory fingerstick is required prior to making adjustments to diabetes therapy. MiniMed 530G with Enlite is not intended to be used directly for preventing or treating hypoglycemia but to suspend insulin delivery when the user is unable to respond to the Threshold Suspend alarm and take measures to prevent or treat hypoglycemia themselves.